Here are
people who
transform

In these 16 years working at Falconi, I was able to grow along with the company’s evolution and transformation movement. Currently, I am a female lead in technology and I consider myself a very happy and honored person for the opportunities and trust placed in my work.”

We are truly passionate about solving problems and transforming the reality of organizations and society.

We build new ways to create a positive impact on society and we believe that it is the plurality of our team that increases our ability to solve problems.

How we get there is as important as the value we create: together, with integrity and trusting each other. May our way of being inspire a growing network to build the future together with us.

Learn about the values that underlie our daily lives.

All issues directly related to Falconi’s relationship with society are based on ethics.

Merit is what sets us apart and defines our achievements.

We have a passion for purpose, we take care of resources and ethically defend Falconi’s name and dream.

We understand the client’s needs to provide high-quality deliverables with solutions that satisfy and exceed their expectations.

Knowledge is our most important raw material.

Hitting a goal is a point of honor.

We believe that a smile can open doors.

Our biggest asset is people.

Simplicity is part of our DNA.

All issues directly related to Falconi’s relationship with society are based on ethics.

Merit is what sets us apart and defines our achievements.

We have a passion for purpose, we take care of resources and ethically defend Falconi’s name and dream.

We understand the client’s needs to provide high-quality deliverables with solutions that satisfy and exceed their expectations.

Knowledge is our most important raw material.

Hitting a goal is a point of honor.

We believe that a smile can open doors.

Our biggest asset is people.

Simplicity is part of our DNA.

There are
people here
who add
to the purpose

There are
people here
who add
to the purpose

Together, we’re able to transform society and take on the challenges imposed by the market by strengthening micro and small companies.

We believe that talented people with diverse backgrounds make us a team that’s capable of generating exceptional results, bringing us closer to the mission of building a better – more diverse and inclusive – society. This is the commitment of Falconi and all its employees. Learn about our actions.

Together, we’re able to transform society and take on the challenges imposed by the market by strengthening micro and small companies.

We believe that talented people with diverse backgrounds make us a team that’s capable of generating exceptional results, bringing us closer to the mission of building a better – more diverse and inclusive – society. This is the commitment of Falconi and all its employees. Learn about our actions.

Here’s an
opportunity
for you
to grow

Would you like to be part of our team?
See our job openings and apply.

Building results
is all about new
ways to grow

Falconi is the largest Brazilian business and people management consulting firm, with over 6000 projects carried out in more than 40 countries and operating in 50 different segments of the economy.

Falconi uses cutting-edge technology and data intelligence to deliver a sustainable product to their clients. Falconi stands out for the capacity to implement projects at three different levels:

The consulting firm falls under the Falconi Group portfolio, which includes brands dedicated to people development, publishing, private investments, and management software and applications. The group is comprised of 1200 professionals, spread across four continents, with headquarters in Brazil, the United States, and Mexico.

In practice,
how does we work
with our clientes?

We value your experience. Specialized in solving complex problems, we build answers to your current and future challenges.

We work with customized solutions and account for the history, objectives, processes, market and culture of our clients. These variables can completely change the game.

Learning is mutual and knowledge is always shared in each project. This is how we empower our clients to ensure the sustainability of their business.

Building an increasingly diverse organizational environment is one of our commitments. Together we are stronger.

We are looking for new talents who also believe in our purpose. Check out our available positions and apply.

Our
experience
to serve the
future

Being recognized as the leading Brazilian consulting firm in People and Management in Latin America only increases our commitment and determination to generate sustainable results that have a positive impact on society.

years
in the market
42

Falconi is wherever
your company is

Our reach has no boundaries. Wherever your business is, whatever your sector, we’re ready to help you with your challenge.

Falconi’s origins are steeped in the Cristiano Ottoni Foundation. Headquartered at the Universidade Federal of Minas Gerais, it started the Total Quality movement with the help of the Union of Japanese Scientists and Engineers (JUSE). In 1984, Professor Vicente Falconi led a mission to Japan to learn about the country’s key management systems. At the time, members who today make up the Falconi team took part in a number of events abroad, including courses, seminars, congresses, technical visits and contacts with specialists – all in an effort to learn as much as possible about Business Management. Contacts with international authorities such as William Edwards Deming, Joseph Juran and Kaoru Ishikawa were of significant importance.

Professor Vicente Falconi adopted the Japanese work model and was a pioneer in bringing the techniques to Brazil. As a result of these efforts, the first publications on the subject were produced in the country. Technical guidance was also initiated for some Brazilian industries, such as Cosipa, Eletrometal, Gerdau, Vale, Arcelor, CSN and Embratel.

As of the 1990s, hundreds of professionals from organizations that adhered to Japanese management techniques have been trained. At the same time, there was a deep dive into the technical guidance for these companies including the participation of several foreign experts, including Ichiro Miyauchi, Tadashi Ohfuji and Masao Umeda.

With the need to expand operations and satisfy the enormous demand of companies that have been looking for management consulting and needed new levels of results, the Management Development Foundation (FDG) was created.

Combining both theory and practice, important publications were produced to promote the subject in Brazil. Some of the highlights included “TQC in the Japanese Style”, “Management of the Routine of Day-to-Day Work”, “Management by Guidelines”, “The Value of Human Resources in the Age of Knowledge”, “Standardization of Companies” and “The True Power”, all authored by Professor Vicente Falconi.

The Brazilian government invited Professor Vicente Falconi to join the Energy Crisis Management Committee, which culminated in one of the largest developments of goals of all time. The targets were included in energy bills, and each citizen knew exactly how much they should save.

The FDG began concentrating only on non-profit projects, providing services to needy institutions. At that time, the Management Development Institute (INDG, in Portuguese) was born. It’s an organization that became a leader in management consulting focused on results in Brazil. That same year, INDG TecS (currently Editora Falconi), a company specialized in the creation and marketing of publications and technical books in the area of management, was also created.

Based on the credibility of Professor Vicente Falconi and his importance in the development of management in the country, in October 2012, INDG changed its name to Falconi Consultores de Resultados.

Falconi University was opened, focusing on the development and practical learning of the team. Partnerships were also implemented that year. Five of our consultants became managing partners and others became partners, with the mission of placing Falconi among the top 10 consulting firms in the world.

In October, Viviane Martins took over Falconi’s presidency, focused on the mission of transforming the organization. In addition to changes in the consulting business model, which has been recognized for its management skills, Viviane prioritized initiatives related to Diversity & Inclusion.

In August, Falconi Capital was born, an investment arm focused on medium-sized companies and specific segments.

In addition to an increasingly active look at ESG practices, we began to invest even more in new technology and artificial intelligence as ways to improve and expand companies' access to good management practices. In 2020, edtech FRST is officially born - a smart platform aimed at the B2B market for training and professional development, characterized by the agile solution of real problems, as well as new smart investments in Brazilian startups.

In 2021, we began the process of repositioning the Falconi brand, and expanded our operations in cutting-edge services and technology.

Our portfolio of new technology-based services and solutions are expanded. The startup Dayway is launched and offers automated process management solutions in the SaaS (Software as a Service) model. We launched Spot, a tool backed by Artificial Intelligence aimed at monitoring and automated management of products and the store network. In addition to these, the market place for management-oriented APIs based on Falconi Brain Artificial Intelligence is also launched in 2022. 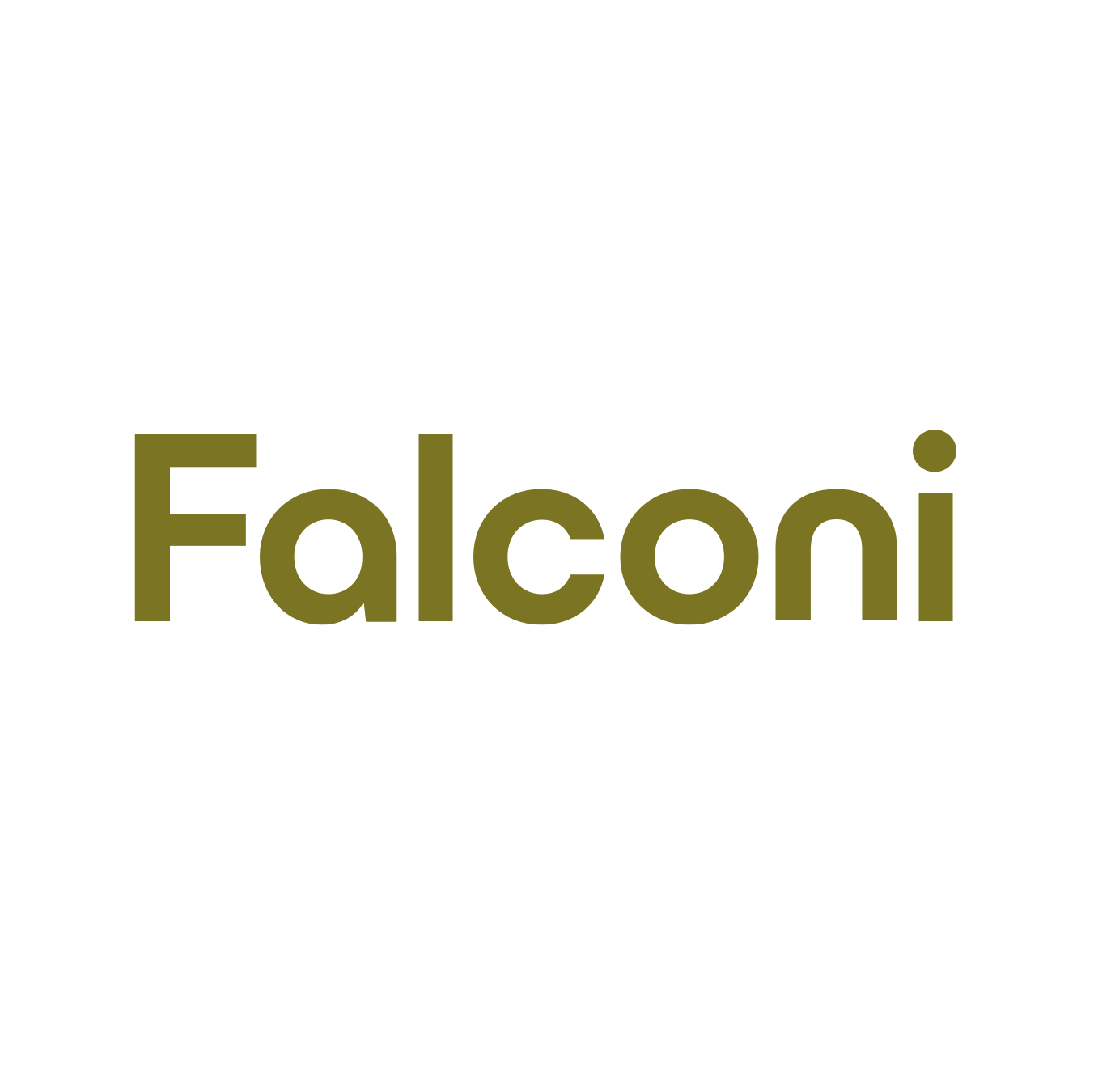 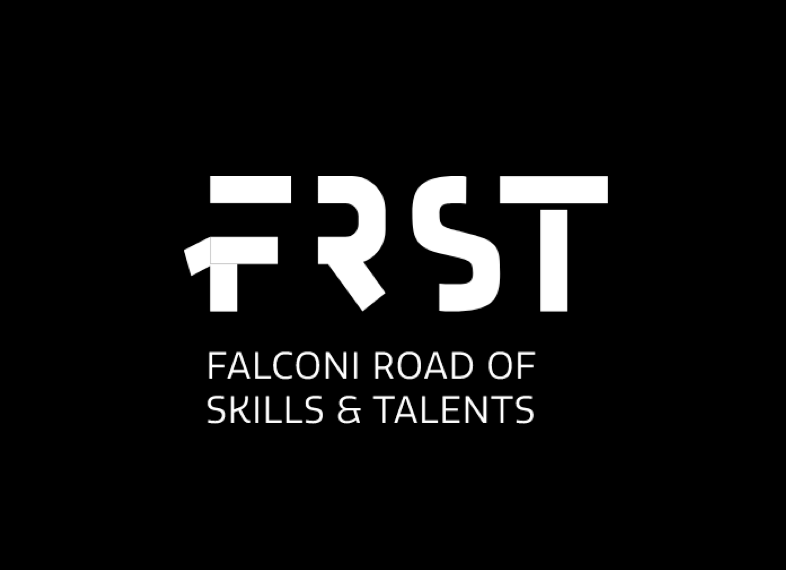 FRST (Falconi Road of Skills and Talents) is a people accelerator focused on the development of professional skills. It uses state-of-the-art technology to support networking, collaborative case studies and expert mentoring, as well as real individual projects based on your companies' real challenges. 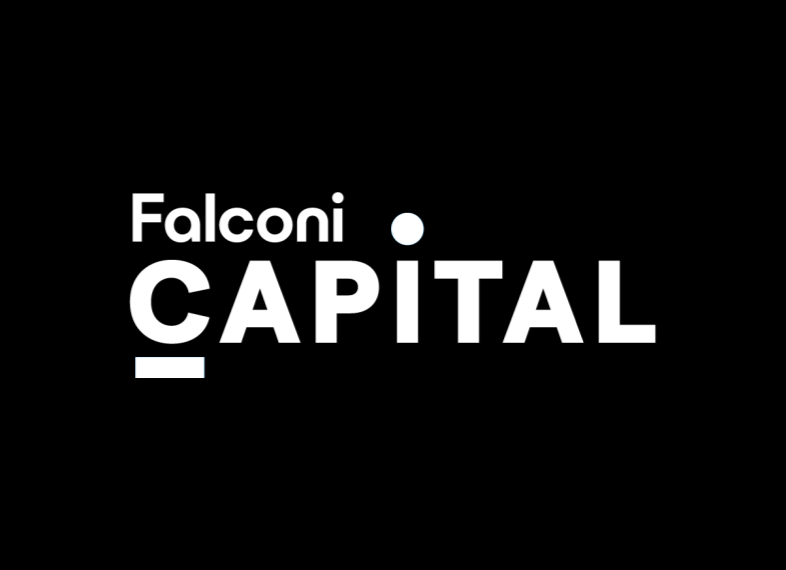 Falconi Capital is an asset manager focused on Private Equity. It offers the market the mix of management expertise to support its investees and, thus, generate consistent returns for investors. 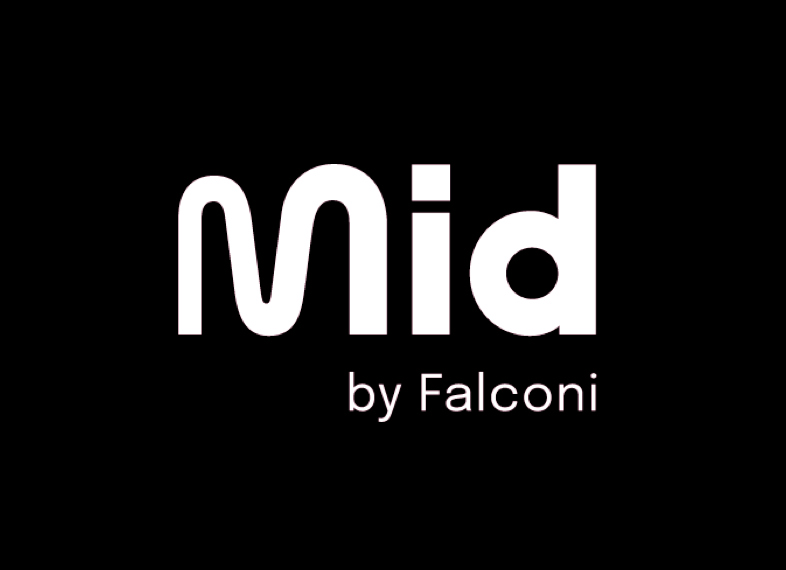 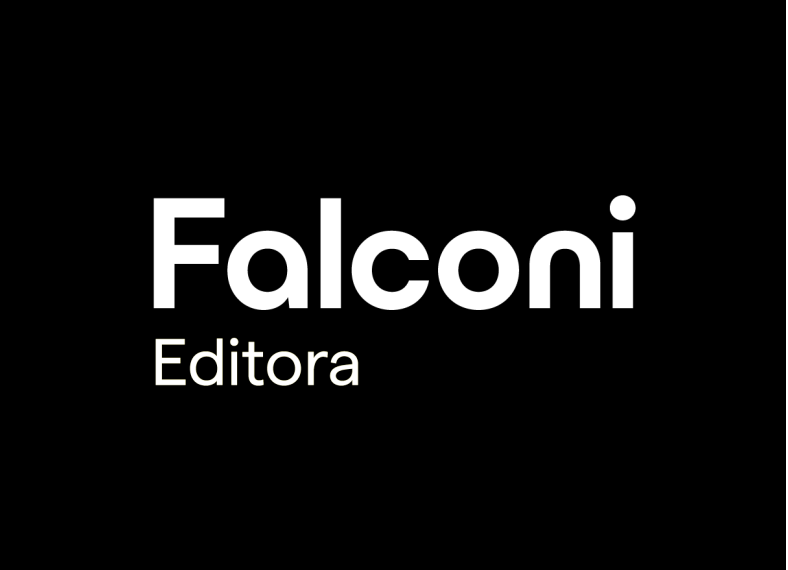 Editora Falconi is specialized in publications and technical books in the area of management. Through his works, he facilitates the direct application of managerial techniques in different work environments. 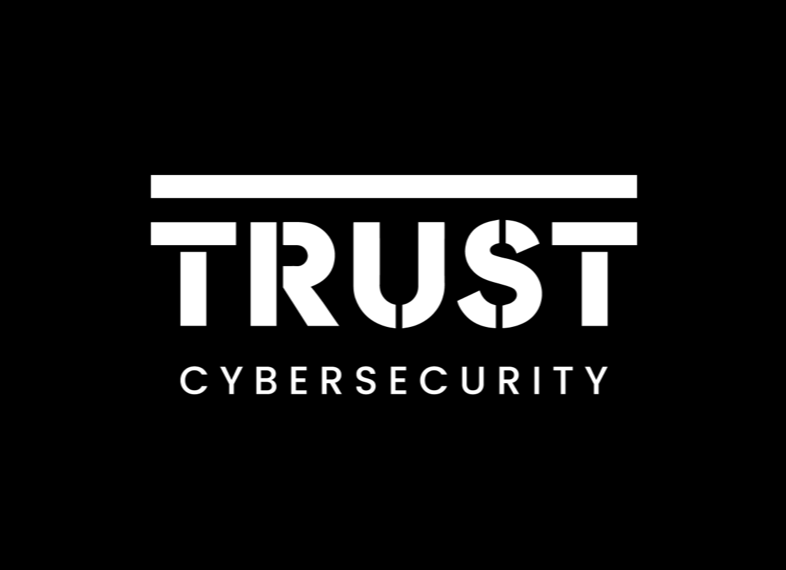 Actio Software is the only company on the market that has Falconi certification. Actio translates the market's need for management systems, combining technology with the most modern management practices. 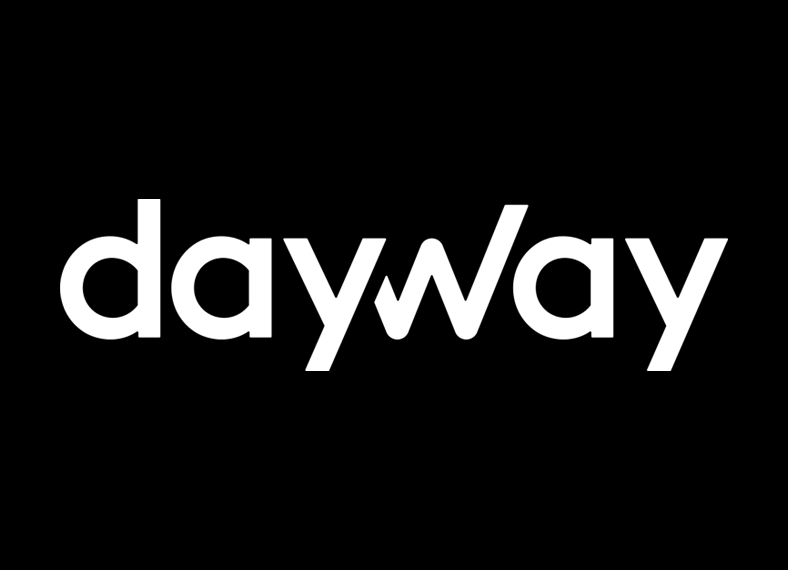 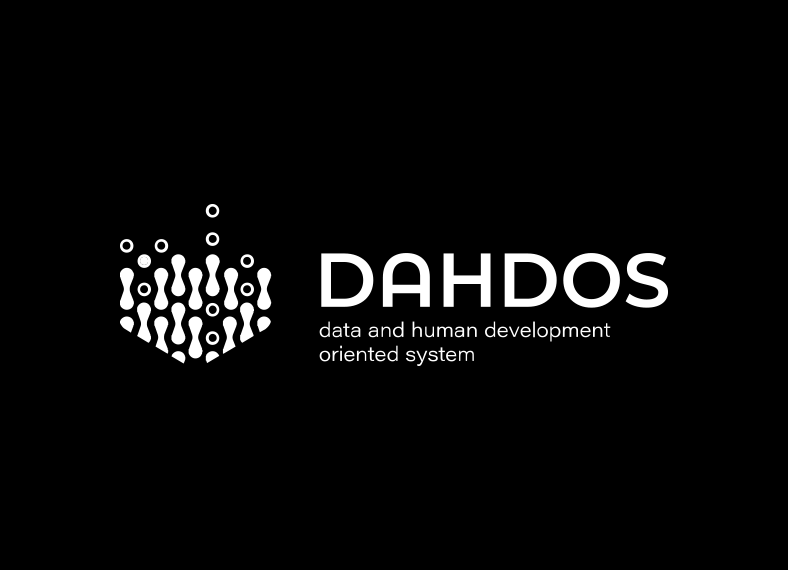 People Analytics platform that collects, stores and processes, in a single place, valuable information and insights to leverage talent and develop the right strategies. 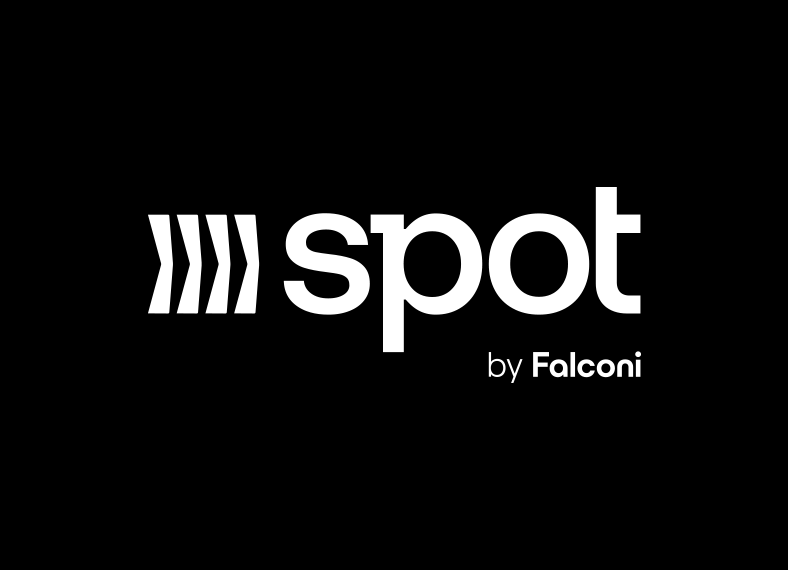 Spot is a tool that uses Artificial Intelligence to monitor products and stores, offering the best management opportunities in a fast, efficient and automated way.